This year marks the 60th anniversary of one of the most iconic designs of sunglasses ever, the Wayfarer. The original shape was introduced by Ray-Ban in 1952 but the “G-15”, that we all know now as Wayfarer, was released in 1953 and soon became a distinguished endorcement clut thanks to the likes of James Dean and Audrey Hepburn. To mark the anniversary, this season Ray-Ban has released a “foldable” wayfarer with mirrored lenses. 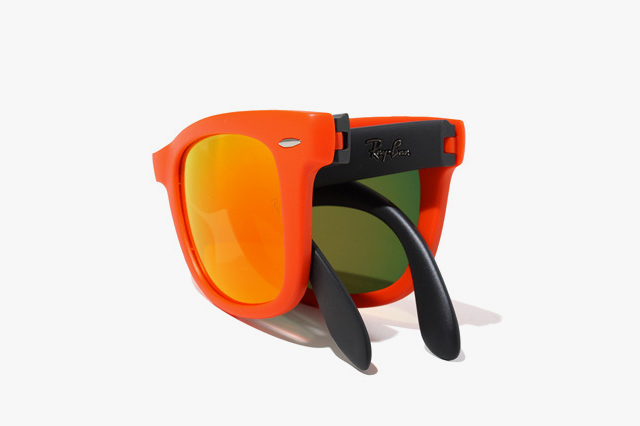